What you need to know about Diabetes 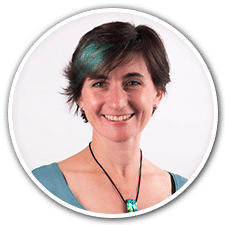 The word Diabetes Mellitus (DM), or more commonly used, ‘Diabetes’, originates from Greek (for siphon) and Latin (for sweet).

From a global survey in 2015, more than 4 million people were diabetic. That is an estimated 8.8% of the world’s population. There are two types of Diabetes. Type 1 Diabetes is usually genetic and is caused by the underproduction of the hormone, insulin. Type 2 Diabetes is usually acquired and caused by an insensitivity to insulin.

Insulin is produced by parts of the pancreas and is a chemical that regulates the transfer of blood glucose into the body’s cells for fuel. This is particularly important to the nervous system and red blood cells, as these cells only use glucose for energy (not fats).

The pancreas also produces an opposite to insulin, namely glucagon, which together with Insulin regulate the balance of sugar in the blood. Diabetes is diagnosed when the body cannot maintain a normal sugar level (between 60 and 140mg/dL). An excess or deficit of sugar in our bloodstream can cause serious damage to multiple body systems including the kidneys, nerves and the vascular (blood delivery) system.

How does Diabetes affect hearing and balance?

The Cochlea (hearing organ) and Vestibular System (balance organ) are dependent on the continuous uptake of energy which is transported via the blood for processing of signals from the ear to the brain. If the minute blood vessels to the ear and balance organ are damages, the transportation of energy into the cells is affected. Energy fluctuates which prevents consistent function. In addition, longer term deprivation of adequate glucose, excess glucose or poorer oxygen supply can lead to chemical imbalances in the fluids of these organs, which interrupts the ability of the organs to translate stimuli into electrical signals that can be read by the brain. Finally, the long-term deprivation can lead to a type of permanent nerve damage.

The symptoms of damage are the gradual onset of sensorineural hearing loss (nerve-damage), dizziness and increased risk of falls. Studies have found that people who are diabetic are twice as likely to acquire hearing loss than people without Diabetes.

Diabetes shows itself when you experience the following: unexplained thirst, unexplained weight loss, frequent urination, increased hunger, general fatigue, skin sensitivity or itching, strange sensations like tingling and pins and needles in the extremities, nausea and vomiting, and repeated episodes of candida and delayed healing. Changes in vision and changes in hearing are important signs.

What can an Audiologist bring to Diabetic care? 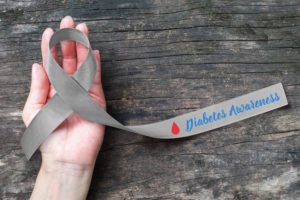 Hearing and vestibular function may be negatively affected in people who have diabetes; therefore, audiologists can play an important role in early identification. This leads to better management and reduces the risks of damage to vital systems. Early identification and management also leads to re-stimulation of the auditory system which can support it, and slow down the changes that are experienced from lack of use.

During routine hearing checks audiologists can make sure patients are managing their Diabetes effectively. Non-compliance of medication may lead to greater cochlear and vestibular damage. Intervention can improve quality of life and reduce the risks of depression, cognitive decline and dependence. This makes the Audiologist a vital part of “Team Diabetes”.

Finally, on a lighter note, did you know that in the early 16th century “people known as “water tasters” diagnosed diabetes by tasting the urine of people suspected to have it. If urine tasted sweet, diabetes was diagnosed. It wasn’t until the 1800s that scientists developed chemical tests to detect the presence of sugar in the urine. “Yuck!”